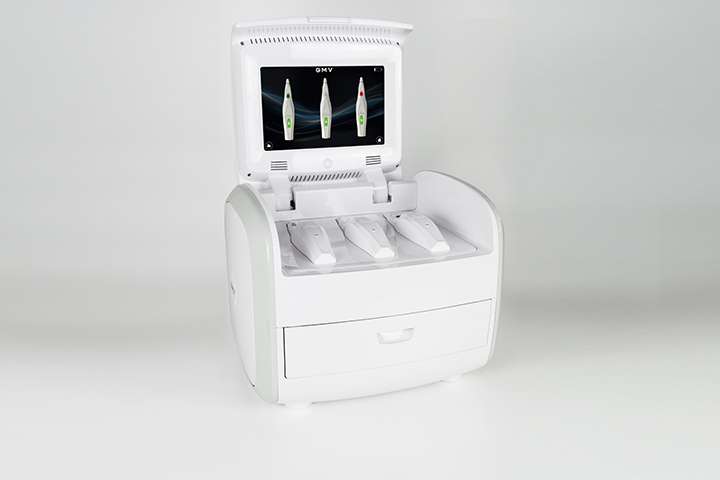 As we age drooping of the eyelids and loose skin around the eyes can occur, causing the eyelids to appear puffy and exaggerate wrinkles, plastic surgery can be performed to remove this skin but can result in longer downtime and can be very expensive. The drooping of the eyelids is called ptosis or blepharoptosis, the sagging skin can droop over the lash line and be bothersome to personal appearance.

Eyelid bags, also know as dermatochalasis are when your eyelids excessively sag, bag, or appear swollen. Sagging eyelids and brows can make you look tired and older than your years.

At Calgary Eye Specialist Clinic we now have the newest technology in ocular aesthetics care available in Canada.

Plexr Plus (or plasma soft surgery) is a non-surgical treatment used to lift the eyes (blepharoplasty), by treating the skin laxity. It is also used to improves scars, treats moles, skin tags and other unwanted superficial skin legions. Unlike surgical treatments for these problems, Plexr Plus does not require a general anesthetic, and recovery time is much shorter.

The treatment uses plasma – the fourth state of matter after solid, liquid, and gas – and is performed using wireless handheld devices which are manufactured in Italy. The Plexr Plus Soft Surgery device has been used and licensed in several countries worldwide over the last 10 years. It is the first fully licensed plasma technology to be introduced in Canada.

One of the newest technological advances in this arena is the development of plasma energy to alter skin surface and architecture. As a technology, plasma energy may bridge the gap between ablative and nonablative energies.

Plexr Plus is a cordless micro-surgical hand-operated device that transfers concentrated heat to the treated skin tissues. It uses the difference in voltage between the device and the patient’s skin. The difference in voltage generates a small electrical arc, similar to minute lightning. The small lightning causes sublimation of the fluids contained in the superficial part of the skin, without unwanted heat transmission to the adjacent tissues. Additionally, it acts on the superficial layer of the skin preserving the lower layers; this will reduce drastically any potential permanent skin damage that could be caused by the misuse of conventional lasers.

How does it work?

The Plexr Plus device creates plasma by ionizing gas particles between its precise 0.5mm-wide probe and the skin, creating an electrical arc. The technology is very precise so specific areas like the eyelids can be treated without touching or harming the skin.

Plasma is described as “a lightning bolt”.  When lightning hits the ground it vaporizes everything and leaves only black carbon. On the skin, plasma vaporizes cells and all that is left is carbon in the form of a crust.” This crust heals, leaving the treated skin behind. As well as vaporizing – or “sublimating” – unwanted skin, it has the triple effect of causing the remaining tissues to tighten and boosting collagen production.

PlexrPlus has a wide range of uses. The most popular is non-surgical blepharoplasty (eyelid lift), but it can also be uses for wrinkles/rhytides, superficial skin lesions, scars, acne, and keloid scars.

Treatment can usually be done in 10 to 40 minutes, depending on the area. Patients have reported some procedures using PlexrPlus as being painless with the anesthetic cream, but treatment area of the eye area may still have a level of discomfort and it may feel prickly.

other types of treatments

Neurotoxins like Botox are a common and essential compo­nent of aesthetic rejuvenation.

These are purified proteins that are used to relax muscles by blocking nerve impulses. They are used to treat facial wrinkles like frown lines, forehead lines, crow’s feet, blepharospasm, etc.  While the drugs share the same mechanism of action, dosing varies.

While the effects of neurotoxins last from three to six months, the results of dermal fillers range from six months to three years and are usually used for volume enhancement.

Dermal fillers can be categorized into temporary, semi-permanent, and permanent. FDA-Approved uses for dermal fillers include treating moderate to severe nasolabial folds, cheek and lip augmentation, and increasing the volume of the back of the hand.

Note: All photos shown are published for informational purposes and do not constitute a guarantee of results. Before and after images supplied by GMV Plasmatology Group.

Love All Serve All